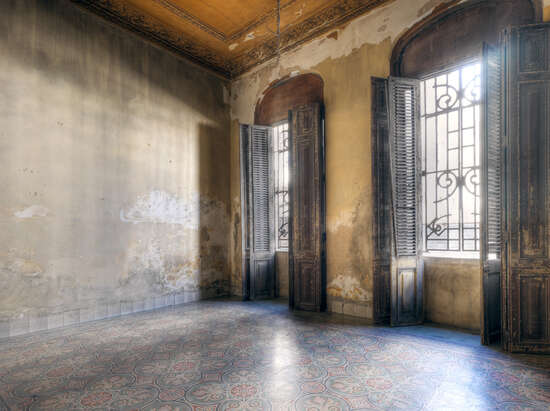 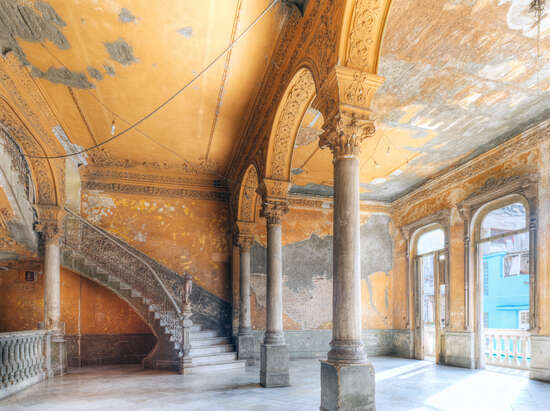 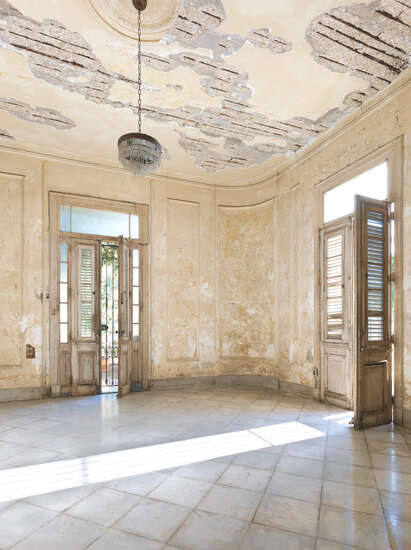 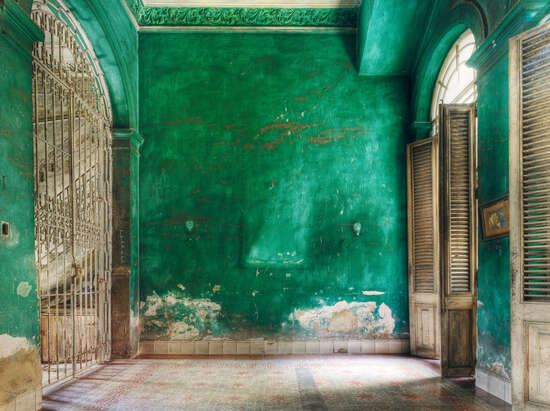 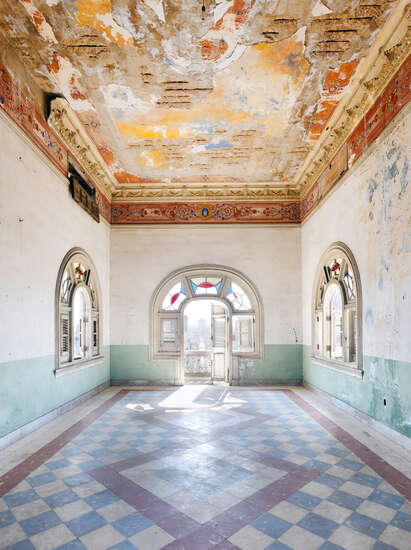 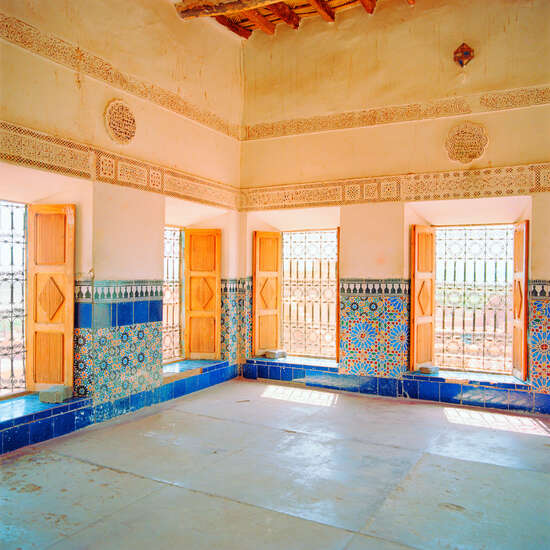 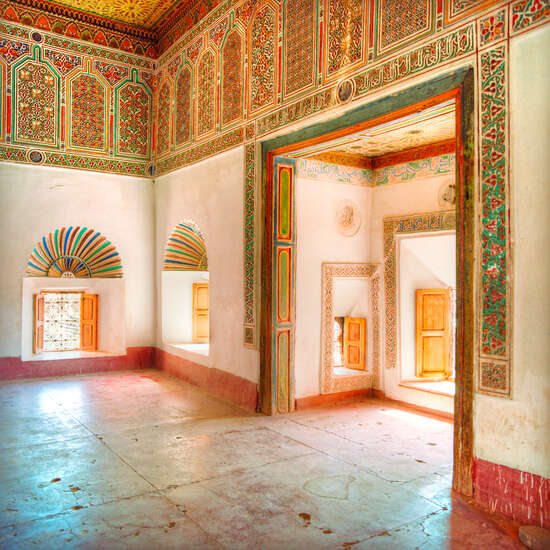 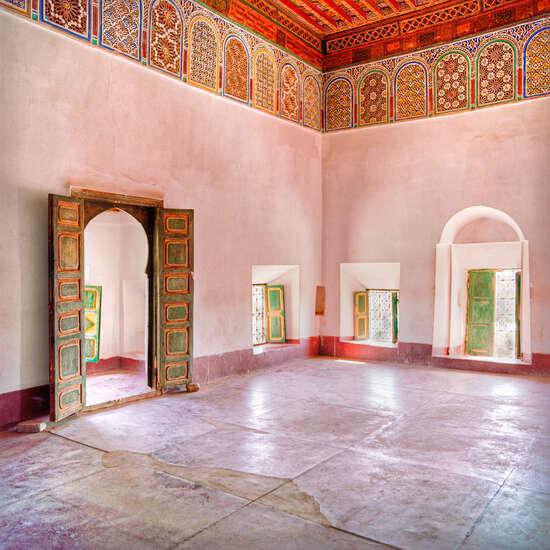 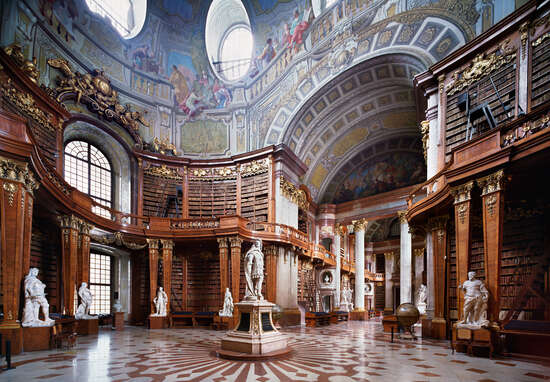 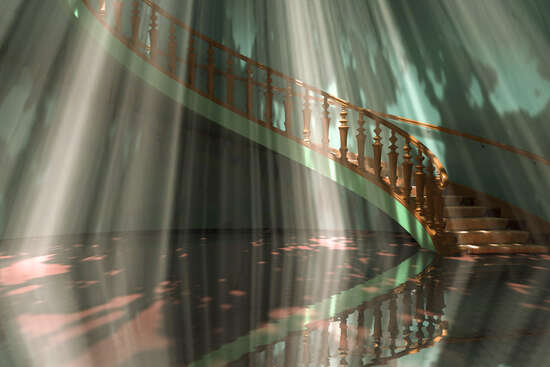 German Photographer Michael Himpel explores traditional Moroccan architecture, venturing inside the vibrant and ornate houses of Kasbah Taourirt. Free of furniture and contemporary elements, the architectural details of the interiors are instantly noticeable. Intricate embellishments in the form of small-scale mosaics, eye-catching window recesses, and unusual color contrasts are evidence of exceptional craftsmanship and a design-conscious way of life. Light pours into the high-ceilinged spaces and melts into the warm hues. A cool reflection lingers on the marble floors. As historic architectural monuments and cultural legacies, these homes have aged with great dignity and poise.

Carlos Cultural Center, the room over the city’s famous restaurant La Guerida, an erstwhile hospital, apartments in the city mansions of the long-since fled sugar barons – Frankfurter photographer Michael Himpel noticed one thing in particular: the sparse furnishings. Every room for which he had arranged for his shoots in Cuba’s capital Havana had been emptied within minutes, even if an entire family had occupied it. What remained was the dwindling grand air, a charm of dilapidation and of walls and ceilings that bear the marks of history.
Michael Himpel was in Havana to photograph modern furniture in these telling settings, an electrifying mix of airy, tropical flair and clear, urban elegance.

That is one side of the coin. The other are the very disproportionate efforts to preserve Havana’s historical district. The historical heritage is refurbished representatively for visitors, visibly making the old city into a museum. Filmmaker Wim Wenders delivered the accompanying soundtrack in the late 1990s with his Buena Vista Social Club. The film has decisively influenced the aesthetic of the ruinous facades and spaces; it aroused the nostalgia for life-loving southerners who laugh, tirelessly play music, and dance despite poverty and dilapidation. But those extraordinary people who must live in the crumbling villas do not long for ruins but for a protective home, which in Cuba they are mostly refused. The desire that remains is for a change in Cuba that would make the life amidst the historical beauty a good one.

In addition to Michael Himpel, René Burri, and Wim Wenders, many artists and documentarians have arrived in Cuba over the last decades to trace the fascinating dilapidation. Two of them are Florian Borchmeyer and Matthias Hentschler, whose film Havana. The new art of building ruins won numerous prizes and delves in to get to the bottom of the problem of the aesthetic and human lookout. Here an excerpt from Florian Borchmeyer’s introduction to German and Cuban “ruinology”:

"The new art of thinking ruins
The character of Havana’s inhabited ruins makes the city a kind of incarnation of the great dream of philosophers spanning centuries, in particular the German thinkers such as Georg Simmel and Walter Benjamin. They saw in ruins the highest stage of architectural completion, indeed a kind of ideal beauty embodying the inescapable traces of time in the erosion of the buildings. The transience of human creation and the power of nature to reclaim what man tried to tame becomes an immediate aesthetic experience.
“After the utopia of communism, the utopia of ruins found their ideal goal and their field of experimentation in Cuba and its capital Havana. The German apologists of ruins of the last centuries have unexpectedly given rise to a new generation of thinkers in the Caribbean. On this foundation, young Cuban artists and intellectuals have made the ruins of Havana, which represent the center of their lives, into the center of their thought.  Some artists like the writer Antonio José Ponte describe themselves as ‘ruinologists.’ What differentiates them from their European precursors is the fact that they don’t view the ruins of Havana from the comfortable distance of the external observer. Quite to the contrary, it is where they must live their daily lives."
Bio
Awards
Kulturförderpreis der Stadt Dreieich, 1987
Exhibitions