When it comes to formalism, Sarah Morris is among the most radical representatives. She combines abstract geometry and intense colors to create unique compositions. One of her favorite motifs has proven to be the American metropole. She takes urban motifs and transforms them into geometric forms, uniting vibrancy with graphic rhythm to… Read more

When it comes to formalism, Sarah Morris is among the most radical representatives. She combines abstract geometry and intense colors to create unique compositions. One of her favorite motifs has proven to be the American metropole. She takes urban motifs and transforms them into geometric forms, uniting vibrancy with graphic rhythm to innovatively represent the city. Her work is preceded by elaborate preparation, which is reflected in the complexity of her designs.

In her work titled Sony (Los Angeles) the artist depicts Los Angeles as she experienced it while doing research there. She spent a lot of time there exploring, conducting interviews, and collecting impressions of the city. The lines and planes in the artwork reflect the urban landscape, but also the social networks Morris encountered there. The image elaborately conveys the complex network of forms and colors that characterize the city of angels.

The artist dedicated herself to animal motifs and a thousand-year-old tradition in her Origami series. Origami art creates three-dimensional figures out of two-dimensional objects by use of a folding technique. Her artwork titled Beetle takes the physical complexity of the insect and transforms it into an abstract pattern. This artwork is a continuation of a significant historical pattern but with Morris’ new interpretation.


Morris is also known for her murals, which are artworks created outside on large walls, typically in public spaces. For the Düsseldorf K20 Art Collection, Morris took the Hornet motif from her Origami series, and reapplied it in the outstanding format of 6.80 meters x 27 meters. The entire work was created using a multitude of hand-painted ceramic tiles. In 2006 she designed the Lever House in downtown Manhattan. There she created a remarkable 61 meter long artwork, which she named after screenwriter Robert Towne, who she has also featured in one of her films.

Morris is one of the most important abstract artists of our time and an inspiration for young aspiring artist worldwide. Her works are groundbreaking, yet still remain firmly rooted in the tradition of abstract painting, as it was founded by Piet Mondrian, among others. Her art is a modern continuation of the art created during that time, a time that radically changed the heritage of classical painting and heralded a new era in art.

Sarah Morris was born in England and studied in the United States, where she still has a studio in New York. She is best known for her paintings and films. In both art forms she primarily engages with large urban spaces. Her works are exhibited in internationally renowned museums in cities like Paris, London, New York, Düsseldorf, and many more.
You may also like these artists 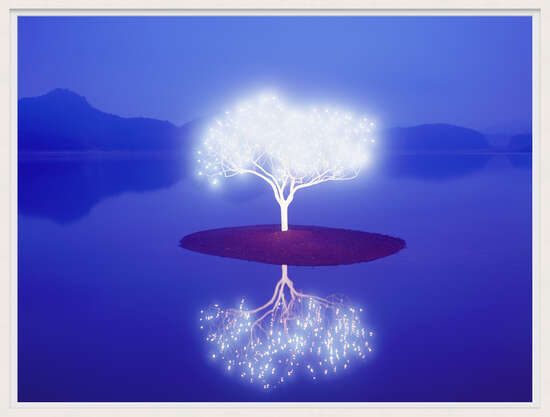 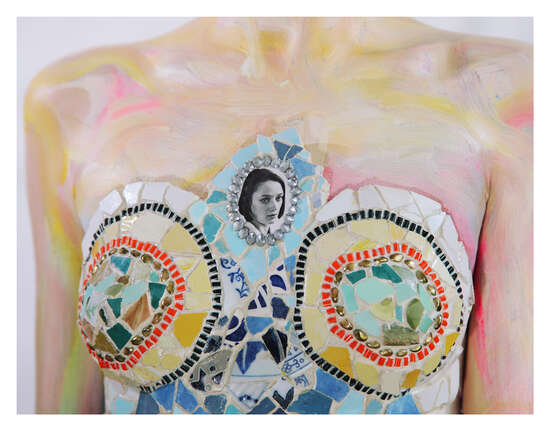